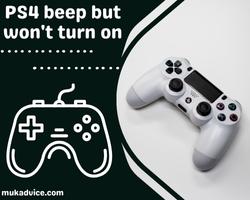 This happens if there is a fault in hardware or a defect in the power supply. But it does not mean that it is an end.

If you want to continue your entertainment and play games without disturbance, just follow a few simple steps.

PS4 beep but won’t turn on

This trouble can be caused by some reasons like Poor power cord, irrelevant software and also because of dust and moisture in the air.

All solutions are written below, from which you can learn how to fix them without any difficulty. 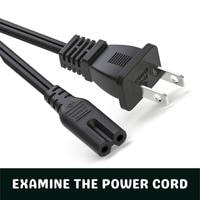 The problem of beeping but not turning ON happens because of the poor quality and loos of the power cord.

This issue comes if there is a defect in the CPU. It does not mean that you throw this and change this. You dont need to worry. There is troubleshooting available for it.

Firstly, open all screws on the CPU, then analyze whether the x clamp is loose or not.

The loos clamp becomes the reason behind this issue, so if you see a loos x clamp, then tighten it.

Unstained dust on the console

There is much dust in the air. If it enters the holes of the console, it becomes hard with time and creates problems in the component.

So because of dust particles, your ps4 beep but does not turn ON. It is best to clean if you want not to see this problem again. Always clean the console after a short time period.

Due to the processing of the internal function, the circuit board becomes warm.

Sometimes from the tiny holes, the insect enters the internal room and, due to the circuit board’s heat, makes an issue, so to solve it open the console.

Check if you find an insect, then clean it after opening the console box and then turn the ps4 ON. 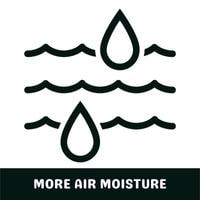 In some areas, there is excess air moisture, and the electric objects can become deflected by this.

But it does not mean you stop playing games forever because of air moisture. You should follow some steps and enjoy the entertainment for a long time.

First, turn OFF the device and open all screws with the help of a screwdriver.

Then you see the circuit board, take some soft cloth or brush to clean the surface of the board and close it, then ON the ps4 after 10 minutes. Repeat this after some days regularly.

Many users agree with this process because most become successful by following this method. Hitting does not mean hitting with force on the console.

It means gently on the console because hitting with more force can damage the internal components, and the body of ps4 can break.

The complication with the wall outlet

In some cases, users observe that this issue is caused by the wall socket. It looks good, to seem, but the main reason behind this is low power output.

To troubleshoot this, plug-in devices like mobile, tv, etc., with the wall outlet. If it also does not work correctly, then it means the outlet is giving low power. Then the best solution is that replace this with a new one. 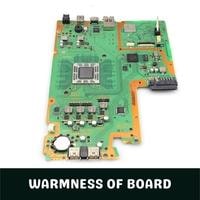 When you play the games for 2 hours or above, the device becomes overheated, and due to the high temperature of the box, it shuts down automatically; and when you try to start it again, it sounds beeps and does not turn ON.

It s best to remain the ps4 OFF and leave it until the temperature becomes decreases.

Then sense with your hand by touching the console. If it feels still warm, wait more; if it feels cold, turn it on and enjoy.

Sometimes the problem is different and seems different, so on some occurs user presses the power button so hard that because of this force becomes defective and can not allow the current to start the process.

Check if the button is in bad condition. If it is, then change it.

Because of a gap in the cable connection can create this mess. So it is simple to solve it.

First of all, detach all the wires connected to the device and then attach them again one by one with confirmation that it is connecting strongly. After that, turn it ON.

PS4 beep but won’t turn on. In this article, I covered almost all the reasons behind it and their solutions. In my research, there are main reasons that can make that type of problem.

I hope that after reading this and using these tips, you become able to solve this yourself and play games and continue all types of entertainment.