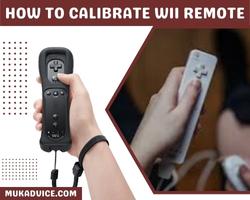 You calibrate it from a few procedures by using the sensitivity option because when the remote does not work sensor bar can easily perform all the functions and calibrate the remote.

You just go to the system updates, and you can calibrate the remote of the Wii by changing some settings; after this, it will calibrate.

How to calibrate wii remote

The sensitivity option method and applying the setting of the remote can resolve this problem effortlessly.

Some important methods are written below, which assist you in most cases regarding the calibration of the Wii remote.

Switch On the tv 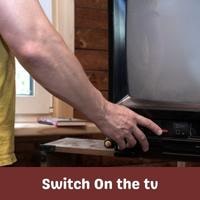 First of all, you have to open the tv for the calibration, and then you need to turn on Wii also. Now you should have an accurate remote which has a full battery.

The remote of the Wii can not perform well because of its worst calibration. Now you have to use another remote.

Second remote help you most to open the calibrate setting menu and perform all of the processes for the calibration.

Now using the remote, go to the setting menu. After this, you can see more icons on the screen, but you don’t need to select these. Next, you have to depress the setting Wii option on the left lower side. Then you can see the two options.

The first option is for data management, and the second is for the Wii set.

After the two options on the screen, you have to select the Wii setting because there is an all-setting option for all problems, and the option calibration is also in it.

After this, you can see the setting menu in the center of the screen. So now you have to slide the bar of the menu and stop until you see the screen option.

Next, you can see the four options you have to move the cursor on the sensor bar. After this, the two options will appear first is the sensor bar position, and the second is sensitivity. 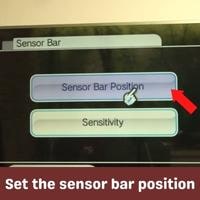 First, you have to select first to adjust the sensor position bar, then move the cursor on in and press the enter button from the remote then, two options will appear.

You have to select the option named below.

After this, you need to select the option named sensitivity because, in this option, you can calibrate the remote of the Wii.

After tapping using the cursor on it, an instruction box will appear. In this box, there are instructions about the next step. If you want to see then read it. If not, then ignore it.

After reading the instruction, you can see the option ok or back. Now you have to select ok. Then the main procedure of calibration begins.

So after ok, you can see the slide bar and the counting from 1 to 5.

If you are unsure that it is calibrated perfectly, go to the sensitivity option, select the 5 again using the remote, and then press A. This time it will calibrate properly, and now you are free to use it without any disturbance.

How to calibrate wii remote. Most of the time, the remote of the Wii makes it difficult, but it sounds good that all problems of it have a simple solution. The common problem is that the remote’s calibration worsens after some time. So you have to calibrate it.

It is very effortless to calibrate it. If you are worried, this article will remove all of the sadness because, in this, you can read the complete procedure and all steps with proper detail regarding the calibration of the remote.

So read it carefully, and I hope greatly that it will help you more after applying these steps, you will become able to do it correctly, and the calibration will set on the best.